After William Hill officially announced the launch of sports betting application in the USA territory, interested parties and the sports gambling aficionados have been holding their breath in anticipation of additional details. 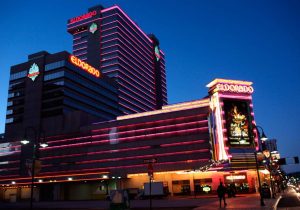 According to the latest information, the new William Hill partner is none other than Eldorado Resort. One of the largest casino operators in the country, with over 20 facilities in 11 states.

Interestingly enough not everyone is thrilled about the partnership. Which now extends William Hill’s reach to 13 territories. According to some opinions, Eldorado has a lot more to gain from the new agreement than William Hill.

The cooperation between the two veterans goes way back to 2012 but not all are confident that William Hill has gotten the better end of the deal. The new agreement will cost William Hill $50 million in stock, 20% stake share and a portion of profits. In return they will work on in-casino sports book development with Eldorado and gain access to more than 20 million players. Only time will tell if this was a fair trade.

Wazdan in the Running for No Less Than 4 CEEG Awards

Wazdan announce the release of 2 Lions and Double Tigers slots

Meanwhile, Wazdan Ltd team does not seem to have any uncertainties about their own path. The developer has just unveiled 2 new slots – 9 Lions and Double Tigers, both to be launched at the same time.

The games have already been showcased in G2E Asia Show. However not a lot has been disclosed to the general public. What we know so far is that 9 Lions is played on 9 reels with 5,000 coins jackpot potential. While Double Tigers has 3 reels, 8 paylines and a special set of icons that can trigger a limitless winning streak.

But that is not all!

More good news is coming from this company, which is in the running for awards in four different categories at 2018 CEEG Awards. All the hard work has obviously paid off and the developer will be competing for several prizes.

Being a nominee in any of the above-listed categories is a great honour and it’s safe to say that quadruple odds give quite an edge to Wazdan.

Lightning Box and Greentub Competing for the Spotlight

Obviously, the creative blockage is not an issue with these two developers and two new launches are coming our way from Greentube and Lightning Box this season. 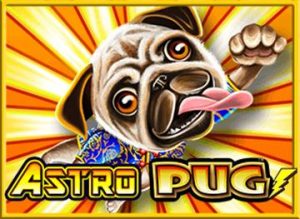 Lightning Box has prepared a rather unusual slot for their fans. Featuring Astro Pug as the main character, not something you get to see very often, we’ll give them that.

The game is played on the developer’s signature mark Reelfects reels. For those of you who are not familiar with the developer’s opus, the patented Reelfects feature is Lightning Box’s invention that boosts the payout odds with the set of smaller reels within the large middle column.

Greentube went for a more, shall we say, R-rated content. Their new release 5-reel and 50-payline video slot called Stein Haus takes the players to Oktoberfest. The expected bonus features are the Free Spins, Stacked Wild and Gamble option. The volatility is leaning towards high. For the rest we will have to wait until the game officially hits online platforms.