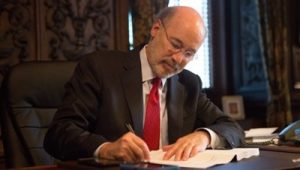 It seems that not a week goes by without NetEnt being up to something. This time, the developer is after the PGCB licence, which would allow them to supply their content to Pennsylvania operators.

Shortly after it was reported that the Governor signed the legislation, Keystone State casino proprietors began their preparation for accommodating the new market.

The number of operators lining up to be licenced for iGaming services was growing by the minute, with Rush Street as the most recent applicant. At this point, 11 casinos have already secured their legal right to offer online gaming content.

NetEnt is clearly investing a lot of its strength and energy in their strategic expansion. According to NetEnt Americas Managing Director, Erik Nyman, New Jersey was indicative of the company’s success in the USA. The plan now is to be ready for taking off as soon as the market opens and the gaming offer will include the casino table games, slot, and jackpot games. 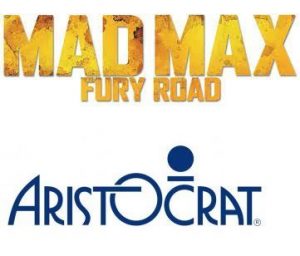 The latest news from Aristocrat is definitely a big deal for all Mad Max fans, especially the 2015 edition. The developer has just announced their partnership with Warner Bros and the final result is to be presented at the Global Gaming Expo.

Considering the movie’s iconic status, the stakes are quite high. Dabbling with anything with such a massive fan-base can potentially wreak havoc, but Aristocrat seems well aware of the risks.

This is not the first time the operator is teaming up with Warner Bros. Consumer Products. Apart from Max’s dystopian world, a few other popular items are waiting in line to be revealed. Reportedly, Westworld, A Christmas Story, and Batman Classic TV Series are currently under development

The best performing Red Tiger videoslots will soon find their place on White Hat Gaming platform. The developer is about to go live with their highest ranking games, such as Mystery Reels, Rainbow Jackpot, etc. Integration will take place in the upcoming weeks and Red Tiger sees the partnership as crucial to their international expansion.

It is easy to understand why Red Tiger is so thrilled about the new agreement. White Gaming has a strong network of operators, and the developer is potentially looking at an entirely new demographics.

White Hat seems equally excited about the opportunity. The company’s Chief Marketing Officer, Mark Weinberg stated that they were quite impressed by Red Gaming’s portfolio. Games such as Treasure Mine, Esqueleto Mariachi, Dragon’s Luck and Totem Lightning are just the prelude. Red Tiger seems determined to prove that they are a force to be reckoned with. Lately, the developer has been doing a lot of networking, partnering with Jumpman Gaming, Gamesys, LeoVegas…

This year is looking at a grand finale for Red Tiger. With Best Online Slot (Rocket Man) and Mobile Supplier of the Year awards in their pocket, Red Tiger is ending 2018 in a blaze of glory…