Lifetime Jackpot Payout of $1,000 Won by Teen on First Try 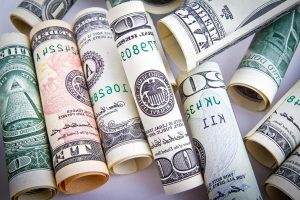 Winning a big jackpot payout is a dream for many hopeful punters across the globe. Every day, thousands of people bet their money on improbable odds, hoping to turn their life around overnight. For most, such an opportunity never arises. But for one lucky teen from Canada, such a shot came right after her first try. Winning a lifetime jackpot payout of CAD $1,000, this teen had her life sorted out even before stepping into adulthood.

A Birthday Treat Turned Into a Life-Changing Win

As reported by the BBC, a teenager from Canada has won a lifetime payout on her 18th birthday. The teenager in question is Charlie Lagarde and she comes from the Quebec province in Canada.  Going out to buy champagne for her 18th birthday (March 14th), Charlie bought herself a scratch card at the store. To her surprise, the scratch card was hiding a prize of CAD $1 million.

After calling in the win, Charlie was informed by the lottery that she had two options. The first was to take a lump sum of CAD $1 million. The second, on the other hand, was to get CAD $1,000 a week for the remainder of her life. After a consultation with a financial professional on the matter, Charlie decided she wanted the lifetime prize.

With a prize as big, most people are questioning whether it was better to take the full sum or the lifetime payout. From a mathematical standpoint, with $1,000 of week Charlie could end up getting more than $3 million during her lifetime instead of $1 million. Of course, inflation should be counted in, but considering how bad of an effect jackpot payouts can have on young people, Charlie just might have made the best choice.

And if anyone has doubts about her future course in life, Charlie puts them at rest by revealing her dreams. According to the teen, she plans to use the money only to educate herself and travel. Speaking to representatives from the local lottery, she said that she wanted to study photography and work for National Geographic.