Yggdrasil Strikes a Deal of a Century with EveryMatrix… 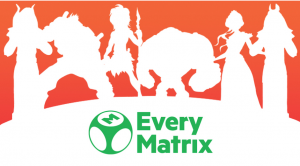 Best performing Yggdrasil slots to be available on EveryMatrix network

The autumn is at the door and Yggdrasil is far from turning down the steam and getting ready for hibernation. Days after announcing their partnership with XSG and entering the Taiwanese market, the company struck a new deal with EveryMatrix. This time, Yggdrasil’s top-notch slots will be available through the entire operator’s network, including Denmark and the UK.

As a renowned software provider, EveryMatrix is maintaining professional relations with some of the best operators in the industry. One of their top products, CasinoEngine is considered to be a state-of-the-art solution. Enabling operators to perform a multitude of actions from a single channel. Clearly, teaming up of the two companies is a beginning of a beautiful friendship and Yggdrasil will finally reach corners of the market that have so far been unattainable.

“Yggdrasil continues to lead the way in developing and delivering revolutionary games and we’re thrilled to be able to offer their unique content to our wide network of partners.”

And what’s in it for EveryMatrix? According to the co-founder and executive director at EveryMatrix, Stian Hornsletten, Yggdrasil is currently leading the way in gaming design. It is easy to see how their gaming portfolio will attract a new generation of players who are not used to making compromises.

Evolution Gaming and Les Ambassadeurs Club will soon perform in unison as well. According to the new deal between the two, Evolution is to operate the Mayfair private chambers – Salle Privée Live. The premises will include Baccarat convergence and Dual-Play Roulette tables. 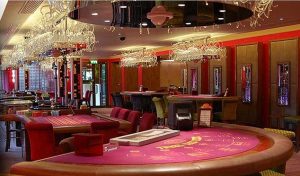 Partnering with one of the most iconic gambling venues in the history of legal gambling is somewhat of a milestone for Evolution.

With Salle Privée available only to selected few online operates and Evolution’s existing VIP tables, their name may just as well become a synonym for “exclusive”. The company has stated that the difference between the land-based and online Salle Privée will be minimal. The tables will be opened 24/7 and the players will be the ones running the shots.

Erik the Red Places Relax Gaming on the Map

This month we can also look forward to a new slot! The latest contribution to the popular Norse theme is coming from Relax Gaming famous for their Relax Bingo Network. 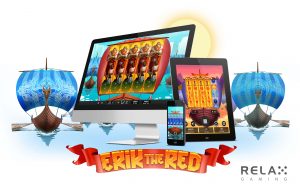 Erik the Red by Relax

Relax is currently working on enriching their slot games portfolio and Erik the Red is leading the way. A lot is riding on this game, as the launch is closely preceded with the company’s Silver Bullet solution.

Erik the Red is only one piece of the puzzle that should contribute to the overall quality of the platform. It will be interesting to see what secret weapon has Relax pulled out from their sleeve to make Erik the Red stand out from so many slots featuring the same Nordic theme. Some of the top industry developers already have launched something similar (Yggdrasil, Elk…), which means that Relax has their work cut out.