Judging by the turmoil in the first week of September, we are looking at a truly exciting Autumn for both the consumers and the operators, who are officially starting the new season with fresh game launches, business partnerships, and reconfiguration of the long-term business plans that are expected to revolutionise the gameplay and change the structure of the gambling industry as we know it.

The latest news from the industry that has taken the internet gambling community by storm is coming straight from PlayOJO. The SkillOnNet operated online casino, which has just formed a sponsorship agreement with Paradise Hotel, one of the most popular reality TV shows in Sweden. The new partnership is expected to promote the casino and reach 400,000 viewers reported to tune-in during the airtime of every single Paradise Hotel episode.

PlayOJO is not the only casino to take advantage of the massive potential of reality TV prime-time advertising platform. DrückGlück, another SkillOnNet casino, has already agreed on sponsoring two major league reality TV Shows  – Celebrity Big Brother and Global Gladiators.

According to Michael Golembo, the Sales & Marketing director at EGO and SkillOnNet, the number of viewers of the two shows amounts to millions. The casino expects a massive membership increase after the add has been officially aired.

The market studies show significant similarities between the target demographics of DrückGlück and the viewers of Celebrity Big Brother and Global Gladiators. Which comes as no surprise since there is no clear dividing line between “good” and “bad” TV anymore. According to the modern day criteria, the content can be labelled as either entertaining or not entertaining. Visit the Play OJO website – click here! 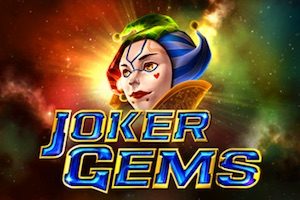 The slot will be officially launched tomorrow, the 4th of September. From then on online casinos powered by Elk will finally include Joker Gems in their gaming offer. Providing their registered members with the opportunity to test play the game.

According to the Elk product data sheet, Joker Gems is a unique release that will take the player to the intergalactic journey. Packed with adventures and winning potential. While we are waiting on the players’ last judgment, it should be noted that the slot does seem promising.  Let us introduce you to the following features:

William Hill Rolls Out Mobile Betting Service for US

The after-effects triggered by the Supreme Court’s PASPA law repeal are still running through the country with warp speed. Rapidly changing the face of land-based and online gambling in the USA. William Hill and FanDuel are among the first operators to launch the mobile sports wagering platform in New Jersey. Following the same move by DraftKings. 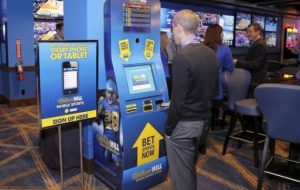 The legalisation of sports betting in the USA has opened up the market for a plethora of European operators. The new status of sports wagering is expected to have a strong impact on the annual revenue. Especially of the states that have embraced the legalisation.

The two operators have initiated the service just in time for the new NFL season. More operators are expected to follow.