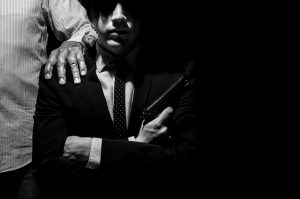 Five online gambling companies from Italy have exited the jurisdiction of Malta after the Malta Gaming Authority (MGA) launched an Anti-mafia crackdown. As reported by Malta Today, an investigation of links to organized crime has lead to multiple operators leaving the country. And three companies have even voluntarily terminated their own licenses.

Game Over for Mafia-Linked Operators

The MGA launched the anti-mafia investigation last month. The targets of the investigation were licensed online gambling companies with links to Italy or ones owned by Italians. Reportedly, the goal of the crackdown was to uncover whether any operators were tied to unlicensed betting and organized crime.

According to the news source, the investigation was ignited by the “Game Over” operation in Palermo, Italy. Palermo, which was once the main battlefield of Sicilian Mafia wars, has been cracking down on organized crime fiercely. The “Game Over” operation is one of the latest crackdown attempts on money laundering via online betting in the country that resulted in numerous arrests.

The end result of MGA’s investigation was the suspension and cancellation of two license holders and withdrawals from three other operators. The regulator confirmed that it cancelled the license of Leaderbet’s parent company – LB Casino Ltd.  According to sources from Malta Today, LB Casino was laundering money from criminal activities in Italy.

Another blacklisted company was B2875 – a bookmaker run through MGA licensee Phoenix Limited by Benedetto “Ninni” Bachi. Bachi is one of the individuals arrested during the “Game Over” operation along with 30 other people. The individuals were arrested under suspicion of being involved in controlling more than 700 illegal shops in Italy. The license of Phoenix Limited was thus suspended until the operator completes its “due process”.

But not all online gambling companies were directly suspended by the gambling authority. Namely, gambling sites Betent, Giodani, and Potterbet have all reportedly “surrendered” their licenses voluntarily. It is believed that they did so to avoid further investigations.

MGA’s latest investigation marked the fourth time in the past 30 months that MGA-licensees were tied to Italian organized crime. One of the more recent examples was Maltese sites Centurion Bet and Medialive Casino, both of which were linked to Mafia betting businesses.