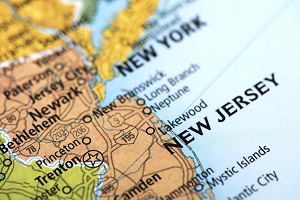 Online casinos in New Jersey saw a record growth during January 2018. This is despite a common belief that online gambling in the state is at a stalemate. The positive news were spread online after the state released gross revenue figures for the regulated online casino and poker sector. This month and they show a record combined revenue of $21.96 million.

Online gambling in New Jersey was officially legalized in 2013 and the industry has been growing steadily ever since. The latest numbers mark the 11th month in a row that the combined revenue of online poker and casinos has exceeded $20 million. Reportedly, this is also the 4th time that online gambling revenue has surpassed $21 million since it was made legal in the country.  Compared to December, the latest numbers show a 5.8% growth over month.

According to the figures, Golden Nugget’s online sites were the top earners during the month. Amounting to a $7.29 million in combined revenue. Far surpassing even Borgata which dominates the land-based sector. They came 2nd with a combined revenue of $4.12 million.  Yet, with the Betfair and Sugar House brands under its license, it is not surprising it did.

Online poker is slowing down

But as the data shows, online poker play has been on a decrease recently. With the January online poker revenue only contributing for a small portion of the new record numbers.  Namely, last month online poker only generated $1.95 million in revenue for the casinos. $0.82 million of which were made by Resorts’ online poker platform. For comparison, the total poker revenue in January last year was above $2.3 million.