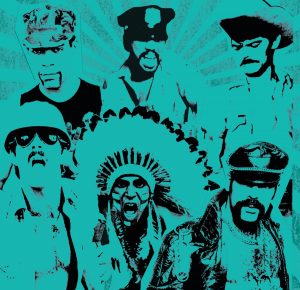 Village People featured on the reels

One of the most iconic disco bands of the 70s and the 80s is finally getting a well-deserved tribute. Microgaming is about to answer a lot of people’s prayers by launching the very first Village People slot in cooperation with ITV Studios Global Entertainment. Announced for 2019 the slot will include the group’s greatest hits.

Such as Go West, the internationally acclaimed Y.M.C.A, and Macho Man. All the songs that marked the era and established Village People as the indisputable Kings of Disco!

Not a lot is known about the slot’s structure and special features, but all of the Village People members are expected to make an appearance on the reels, taking the fans on a truly memorable trip down the memory lane.

ITVS GE Spokesperson Steve Green and Microgaming COO Andrew Clucas have both confirmed the release of Village People online slot and all that’s left to do know is wait and see if Microgaming will be up to the task of reviving one of the fondest memories of the decade.

Yggdrasil Nails It at the Presentation of Their First Branded Game

In the meantime another software developer is also celebrating their recent partnership with Nitro Circus. The upcoming branded game is showcased in style on the exclusive launch event in Malta. With BMX riders Kurtis Down and Todd Meyn performing breathtaking stunts in front of industry’s top-notch operators and provider’s clients. Yggdrasil has treated their partners with an unforgettable event and once again proven that they truly are on the top of their game. 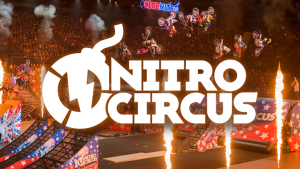 The program also included the Slot Shots tournament. Here the guests got to experience the new game’s features first hand. It is safe to say that Ygdrassil has really made corporate entertainment and product presentation rather difficult for other providers. Maybe even for themselves, since now they will have to keep up with the great job they pulled this season.

Karin Wahlström, Yggdrasil Gaming CMO, stated that this was just the first of many events to happen in the future. The actual game launch is expected to take place at the same time as Nitro Circus You Got This tour. So be prepared between the 20th of November and the 9th of December.

Meanwhile, on the Dry Land…

The news is just as exciting here on the mainland. 888 has just become one of the 6 operators to offer sports betting services to the USA punters.  According to the 888 CEO Itai Frieberger, this is a pretty big deal. It places 888 in a privileged position within a state that’s somewhat of a gamblers’ Mecca. In words of a very wise man, “with great power comes great responsibility“. 888 officials seem to be aware of the hard work they will need to invest in maintaining the new status and promoting further growth. 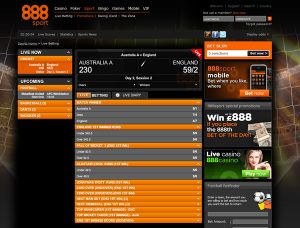 888sports to be launched in New Jersey

Fortunately the company is not all alone in their new adventure on the USA market. 888sport was launched as a joint venture with Kambi which has just presented their Cash Out ticket system and Teaser +. Two services that are about to revolutionise the betting system as we know it.

With Cash Out allowing open ticket payouts to be received during the matches, Teaser+ goes one step further from the traditional teaser. Using in-house generated alternative lines instead of blanket odds, which will give a higher edge to the bettors.

Clearly, overturning PASPA has started an avalanche of opportunities for both online and land-based operators and it is obvious that many came ready to rumble…