After a reported drop in revenue and Eriksson’s much talked about “under-performance”, NetEnt has undoubtedly been going through some rough time. Especially in the past few months. But the new CEO Therese Hillman seems to have a firm hold of the steering wheel. Resulting in plenty of good news from the company lately. 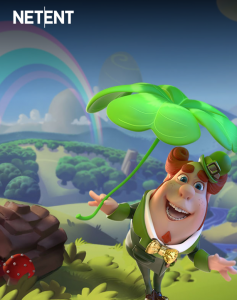 The latest update concerns the realization of agreement between NetEnt and IGT. Thanks to which the selection of the top-performing provider’s releases will finally be available to players of Norsk Tipping (member of World Lottery Association) via IGT Connect.

According to Hillman, the NetEnt team is excited about the new market. Which is understandable considering a rather patchy period behind them.

The company’s prospects are, however, far from bleak. Their strategic expansion as a part of the business recovery and growth seems to be going according to plan. Some experts even advise jumping in and investing in NetEnt since their shares are expected to soar.

Another company is also getting ready to break into a new market – Yggdrasil has just gone live with Xiang Shang Group. A leading operator of social gaming in Taiwan. Mildly put, this is a big deal for Yggdrasil as well as or XSG. The Taiwanese company is the first to introduce Yggdrasil to this specific market making it quite interesting for other software providers as well.

As for Yggdrasil, this only seems to be the first step to their broader development plan. CEO of the company, Fredrik Elmqvist has recently “spilled the beans”, stating that Taiwan is more than just a new market to conquer. But also a base for expanding onto a larger platform for Asia. For the time being, the players from Taiwan will be able to play Yggdrasil casino games.

BTG Announces Slot Version of the Iconic Who Wants to Be a Millionaire? Quiz

Speaking of new beginnings, BTG will finally have the opportunity to start competing with the industry’s sharks. By striking the deal of remodeling Sony Pictures’ Who Wants to Be a Millionaire? and making it into a slot, the company has managed to outshine some of the most acclaimed providers in the field. A deal which could make or break BTG. 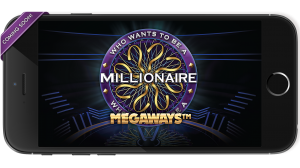 The game debut is scheduled for G2E which is to be held in Las Vegas this October, while the official launch is to take place on the 18th on November when the game will become available to LeoVegas casino members. SG and Microgaming platforms will be next.

The developer’s patented MegaWays is applied to the new slot, which means that every single spin will change the number of paylines. This is only one of the features that the players can expect – Big Time Gaming CEO, Nik Robinson, has stated that Who Wants to Be a Millionaire? will showcase BTG’s latest development in the field of game mechanics and graphics. For additional details, we will have to be patient till G2E…