The predictions about revenue increase after PASPA falling out of grace were on point. The Supreme Court decision is proving to be rather beneficial for the state of Mississippi which reported a significant revenue boost. Obviously, being one of the first states to offer legal sports wagering has paid off. The regulations were only introduced in July, and by August, casino proprietors and MS DOR were already on cloud nine. 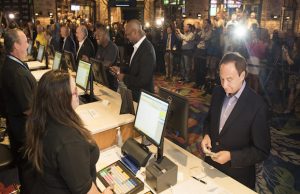 It has been estimated that close to $200 million was gained by the casinos that offer sports betting services. In comparison to last year, that’s approximately 8% increase and many feel that this is just a warm-up. The casino executives are confident that more money is headed their way, and we are not only talking about bets. Restaurants and casino recreational areas are bound to get their share of the profits and Mississippi sure seems glad about their decision to catch the early worm.

It is important to note that these are only the preliminary figures and precise results are yet to be obtained, especially once the NFL season reaches its full bloom. Although some feel that tax revenue will not hit the roof and go over a few million dollars a year, the bets are opened (pun intended) and “few millions” can be a very wide range.

This September, two of the most popular UK online casinos have enriched their catalogue, including Wazdan games in their offer. LadyLucks, originally launched for mobile users and SlotsMillion, known for their VR platform, are now officially partnering with Wazdan, Malta-based software developer founded in 2010.

With the selection of 2500 games, SlotsMillion is probably one of the best-equipped casinos in the industry. Not shying away from embracing new developers is a factor that greatly contributes to keeping SlotsMillion competitive edge razor sharp. The decision to include a new provider was made easy by Wazdan. The tools that the developer will provide through their gaming portfolio are priceless for client acquisition and retention, which is exactly what every operator needs.

For Wazdan, this is a great opportunity to be spotted by the players who are not familiar with their work. Once they catch the spotlight, features such as Energy Saving Mode, Double Screen, and Volatility Levels will do the rest…

The effort to maintain the membership levels is a number one priority for all the operators and the first step is providing versatility. With that in mind, Casino GrandBay is about to treat their players with Betsoft’s Slots3 gaming edition. The two have just formed a new partnership, according to which Betsoft’s most competitive products are to be offered as a part of GrandBay special promotion. 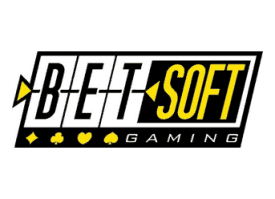 After the initial integration, approximately 40 more Betsoft titles will be offered on Casino GrandBay platform. According to Annamaria Anastasi, Betsoft Marketing Director, the company is elated by the new partnership. GrandBay officials share their enthusiasms, emphasizing their focus on quality and versatility. The two very distinctive elements in Betsoft’s recent releases…